Home Fire is among those books that sweep in your sub concise and stay, even if you don’t want them to. The author is from Pakistan and the book has some plots in Karachi, Istanbul, and London. The book justifies its place in women’s prize for fiction.

The plots are well developed as the author leaves many threads for a reader to hold onto until the story is put into perspective from another character’s life. The characters are multidimensional and are strongly developed in terms of their nature, emotions, and beliefs. The author blends in the character’s life and emotions with society, politics, religion, and freedom.

The story revolves around a Muslim family with three siblings and a Naseem aunty who’s an acquaintance. The siblings namely Isma, Aneeka and Parviaz live in Karachi and their father, who was a jihadi, died in a military action. However, Isma and Aneeka stay uncertain of their father’s death as they believe him to die of malaria. Parvaiz however, is influenced by Farooq whom he considered his best friend that his father was a hero since he died as a jihadi. The story slowly and steadily develops into how Parviaz takes up the responsibility to continue the legacy of his father and goes forward to pursue jihad. This brings turmoil in the life of the other siblings as Parvaiz leaves his home and is arrested in Britain for terrorist acts. The elder sister Isma falls in love with Eamonn the son of the Home Secretary. There happens to be a mess when Aneeka too falls in love with Eamonn while seeking help for getting his brother out of the imposed legal charges.

There’s a lot going on in this novel, many times the same plot is brought up from other characters perspective and in different time frames. Until some point, the plot develops backward with the older sibling Isma and her relationship with the twins Aneeka and Parvaiz, this hooks the reader to understand and connect all the given dots. Once the story is developed around the plot, another plot is introduced with Eamonn’s father and his political influence and Isma is brought back after having her lost in between the story and character development of other two siblings. The book keeps the reader glued with the intense blend of emotions of characters with societal and political elements.

The book is thought-provoking and bonds with the reader at an emotional level by exploring the siblings’ relationship. This was my first Shamsie’s book and I would like to read more of her work.

search for a book

Trying to participate in life, book by book. This blog is a small effort to capture the essence of books I read. 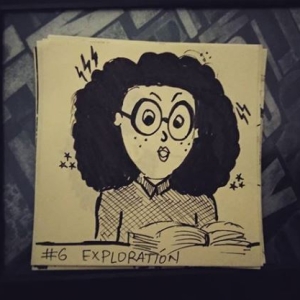